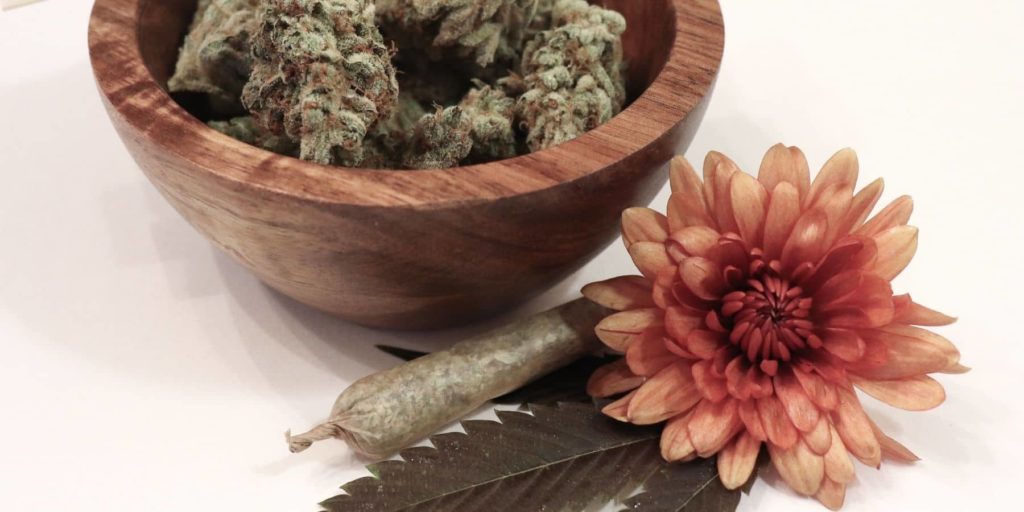 Cannabis terminology can be a little confusing, but it’s not deliberate. It comes from the fact that various groups of people have specific reasons for deploying different naming conventions historically.

Botanists–people who study plants–for instance, like using Latinate words. They call the cannabis plant formal names like Cannabis sativa and Cannabis indica to fit in with their general plant naming conventions.

Then there is the recreational community–people who use cannabis as a way to kick back and relax. They see cannabis as a kind of friend–something that allows them to go through life with a little more peace and joy.

Then there are the mystics; people who use plants, like cannabis, to achieve spiritual awakening. Again, these folks have their own system of classifying plants. And so the words they use for cannabis tend to vary.

Lastly, there is the government that has its own preferred way of talking about cannabis. Over time, terms like “marijuana” and “hemp” have made their way into the law.

Hence, the difficulty in understanding cannabis doesn’t come from the plant itself. That’s the easy part. It actually comes from knowing why people use so many different terms–like hemp, marijuana, and weed–and what they all mean.

In this article, we take a look at precisely what these words signify to clear up any confusion.

Cannabis sativa is a tall plant that can grow to over six meters. It requires higher growing temperatures and humidities than the indica strain, and it usually produces outstretched branches with 3 to 6 nodes.

The indica plant is opposite to sativa in many ways. It has a much denser branch structure and the leaves are smaller and broader. Indica plants, when grown correctly, look a bit like a Christmas tree. People typically use the plant to soothe muscle aches and pains.

Ruderalis sits somewhere in between indica and sativa. Plants typically have small, thick leaves, and a highly fibrous stem. Rudaralis plants do not grow tall, perhaps reaching just four feet before topping out. The subspecies is popular in cultivation because of its ability to thrive in harsh conditions.

These plants (in their conventional form) are all psychoactive because they contain high levels of the cannabinoid, THC. Traditionally, people harvested them for their buds, first cutting them, then drying them, then smoking them in pipes. These days, people may also cook with cannabis or rub it on their skin (once the oils are extracted from the original plant).

In the modern world, cannabis is becoming more legalized. It used to be illegal to either grow or consume it, but that’s changing, thanks to various acts of federal and state legislatures in the more recent years. Cannabis contains the highly-renowned compound, CBD or Cannabidiol. Despite being a relatively recent discovery, the FDA already approves some CBD-containing drugs, indicating the plant’s wellbeing-enhancing potential.

Many people believe that hemp and cannabis are different species. However, they are actually the same.

The reason people believe that there’s a difference is because of the way the law defines these plants. Legislation considers hemp to be any plant that contains less than 0.3% of the psychoactive component, THC. Anything over that, lawmakers call cannabis.

However, scientifically speaking there is very little difference between them. The main distinction is the fact that the hemp plant doesn’t contain genes that code for high levels of THC, but cannabis does.

It’s a little bit like a person who doesn’t have genes to make insulin. They’re still recognizable as human beings. And they can still reproduce themselves by mating with other humans. They just happen to produce a particular compound in lower quantities than normal.

Marijuana is a name that public authorities like to use when referring to cannabis.

Are marijuana and cannabis the same thing?

Marijuana and cannabis are the same thing. Both refer to the same class of plants with psychoactive properties.

However, the use of the term “marijuana” has been falling out of fashion recently. That’s partly because this slang term for “cannabis” has racial roots. The word marijuana comes originally from Mexico, according to Cannabis: A History, by Martin Booth. Mexican soldiers and laborers would carry cannabis across the border into the U.S. and then sell it to locals.

Later, people began associating the word “marijuana” with the idea that the herb was some sort of dangerous intoxicant, prompting authorities to target racial communities, sending them to prison if they were found in possession of it.

Now, many in the industry want to leave that dark past behind. And so cannabis is becoming the preferred name once more.

What are the different names for marijuana?

Over the years, people have developed many different names for marijuana. There’s a vast list you might come across, so the following is by no means exhaustive. 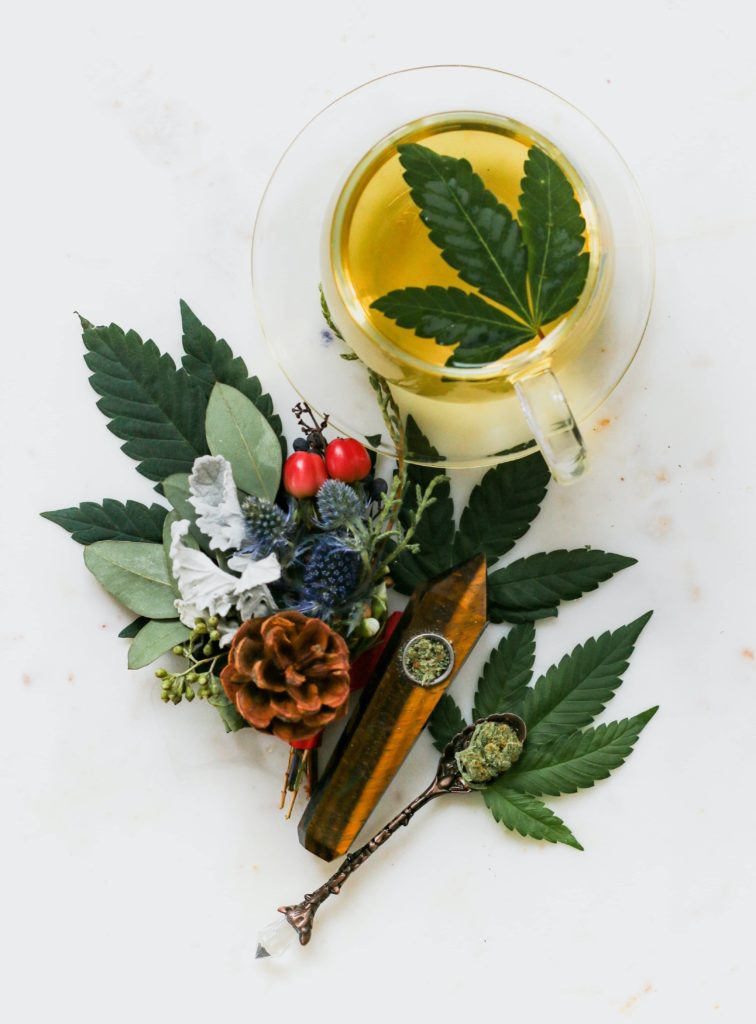 On many occasions, people developed these words as a kind of code. They didn’t want to expose themselves to the wrath of the authorities. Other times, they simply used them because the existing words “marijuana” and “cannabis” had too many syllables. For many, words like “weed” are a term of endearment and an abiding symbol of their appreciation for the plant.

Weed is another common term people use to identify the cannabis plant, just like marijuana.

Where does Hemp come from?

What is the difference between hemp and weed?

Is hemp the same thing as weed? Technically speaking, hemp and weed are the same species because you can interbreed the cultivars. However, hemp and weed have different effects on the body because weed contains high levels of THC, while hemp does not.

If you’re struggling to characterize this difference in your mind, think of it in the following way. Domesticated dogs are all the same species because they can all produce offspring after mating. However, the dogs themselves can have strikingly different characteristics, both on the inside and outside.

It’s a similar story with hemp and weed. Hemp is cannabis with less than 0.3% THC, while weed usually contains more.

CBD can be derived from hemp or weed (marijuana). The source is important because it currently determines the legality of the product. In short, hemp-derived CBD is legal federally but marijuana-derived CBD is not.

All of Veré CBD and Hemp Extract products are sourced from industrial hemp and have either 0% THC or no more than 0.3% THC.

What is the difference between hemp and marijuana?

Since marijuana is just weed (cannabis), it is also the same species as hemp. However, as discussed earlier, there are important legal differences between hemp and cannabis.

Before the 1930s, attitudes towards cannabis were quite liberal. People used it as a kind of herbal remedy for all sorts of medical conditions. They smoked it, applied it on their skin, or ate it in food. There were also other hemp uses. For instance, a vibrant cannabis fiber industry made it into paper and clothing.

Then, in the 1930s, there was a campaign against cannabis and public opinion began to change. The government introduced the Marihuana Tax Act of 1937, which specifically restricted how people could use the herb.

This law had a bunch of knock-on effects, including damaging the cannabis industry to the point where most of it went out of business.

Soon, the word marijuana entered legal diction. State officials would use this terminology to characterize cannabis as a dangerous invader from a foreign land. Marijuana became a schedule 1 drug under federal law, meaning that the plant itself and products derived from it (including CBD) were illegal.

For decades, hemp occupied the same legal status as cannabis. The government restricted the use of hemp under the 1937 tax laws and then outlawed it completely under the Controlled Substances Act of 1970.

What is industrial hemp?

does hemp have thc?

Hemp and marijuana are different. Hemp cannot contain more than 0.3% THC under section 10113 of the Farm Bill. If it does, it is legally defined as marijuana. All of Veré CBD products are hemp-derived and contain no more than 0.3% THC.

The Farm Bill, however, isn’t a true liberalization of hemp. You can’t just start growing it in your back garden, as you might tomatoes. However, it does treat hemp farmers in the same way as other farmers, turning hemp from a relatively unknown outlier into a “main crop.” For instance, hemp farmers can get support via section 11101 of the Farm Bill for crop losses and the effects of climate change.

Here are some main takeaways from this articlee: 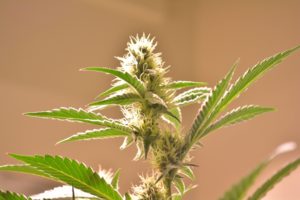 Does CBD Get You High?

CBD can’t get you high by itself. It doesn’t contain compounds that directly bind to the nervous system and create sensations of euphoria, joy, or deep relaxation. While CBD will not get you high, it depends on whether other constituents of the cannabis plant are present in the oil, like THC. We clear up some of the confusion surrounding Cannabidiol, including how some CBD-containing products may get you high, even if CBD itself does not. Let’s explore this further and how CBD, THC and other cannabinoids interact with your body.

Is CBD Oil Legal in All 50 States?

CBD Oil is legal federally thanks to the 2018 U.S. Farm Bill, which legalized the cultivation of Registered United States Industrial Hemp with no more than 0.3% THC. While federally, hemp-derived CBD is legal in all 50 states, consumers, retailers, manufacturers and farmers are still at the mercy of individual state laws. The good news is that hemp-derived CBD Oil is legal in all 50 states with the exception of Nebraska (as of April 3, 2020).

Why is CBD So Expensive?

Yes, CBD Oil is expensive and for good reason. There are several factors that impact the price of CBD; including CBD laws, CBD regulations, hemp farming practices, CBD extraction methods, CBD batch testing and the concentration of CBD (and other cannabinoids) in the product. Perhaps with a better understanding of what goes into producing high-quality CBD Oil, consumers won’t be overcome with sticker shock when they see CBD Oil prices. The more you know about CBD Oil, the better decisions you can make when it comes to buying CBD products, which can range from $50-$200.

we make emails, too

Get health and wellness articles, hemp tips, recipes, special promotions and more—delivered straight to your inbox!

… and we make pretty pictures

email or message us
support@verecbd.com

It’s simple. If you are not fully satisfied with your results, let us know within 30 days. We’ll refund 100% of your purchase price.

* This product is not for use by or sale to persons under the age of 18. This product should be used only as directed on the label. This product should not be used if you are pregnant or nursing. Consult with a physician before use if you have a serious medical condition or use prescription medications. A doctor’s advice should be sought before using this or other supplemental dietary products. These statements have not been evaluated by the FDA. This product is not intended to diagnose, treat, cure or prevent any disease. Individual weight-loss results will vary. By using this site, you agree to follow the Privacy Policy and all specified Terms & Conditions. Void where prohibited by law. All products contain 0.3% THC or less.